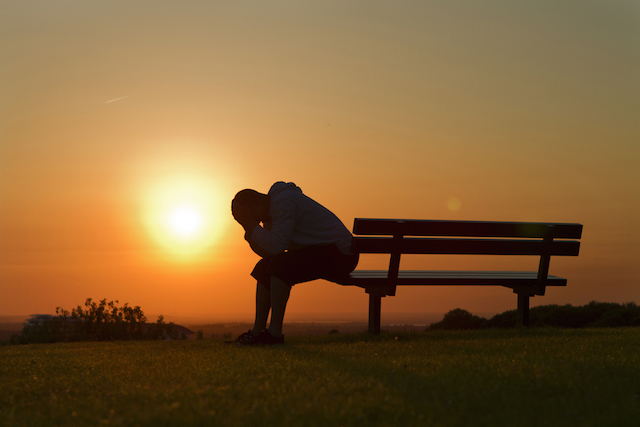 Why we worry and how to cure this disease

The other day I was reading an article by James Clear where he wrote an analogy about our worries and the giraffe. So here:

Let’s pretend for a moment that you are a giraffe.

You live on the grasslands of the African savannah. You have a neck that is 7 feet long (2.1 meters). Every now and then, you spot a group of humans driving around on a safari taking pictures of you.

But it’s not just your neck and their cameras that separates you from the humans. Perhaps the biggest difference between you and your giraffe friends and the humans taking your picture is that nearly every decision you make provides an immediate benefit to your life.

On any given day, most of your choices as a giraffe—like what to eat or where to sleep or when to avoid a predator—make an immediate impact on your life. You live in what researchers call an Immediate Return Environment because your actions deliver immediate benefits. Your life is strongly oriented toward the present moment.

Now, let’s flip the script and pretend you are one of the humans vacationing on safari. Unlike the giraffe, humans live in what researchers call a Delayed Return Environment.

Most of the choices you make today will not benefit you immediately. If you do a good job at work today, you’ll get a paycheck in a few weeks. If you save money now, you’ll have enough for retirement later. Many aspects of modern society are designed to delay rewards until some point in the future.

This is true of our problems as well. While a giraffe is worried about immediate problems like avoiding lions and seeking shelter from a storm, many of the problems humans worry about are problems of the future.

For example, while bouncing around the savannah in your Jeep, you might think, “This safari has been a lot of fun. It would be cool to work as a park ranger and see giraffes every day. Speaking of work, is it time for a career change? Am I really doing the work I was meant to do? Should I change jobs?”

The Evolution of the Human Brain

The human brain developed into its current form while humans still lived in an Immediate Return Environment.

The earliest remains of modern humans—known as Homo sapiens sapiens—are approximately 200,000 years old. These were the first humans to have a brain relatively similar to yours. In particular, the neocortex—the newest part of the brain and the part responsible for higher functions like language—was roughly the same size 200,000 years ago as it is today.

Compared to the age of the brain, modern society is incredibly new. It is only recently—during the last 500 years or so—that our society has shifted to a predominantly Delayed Return Environment. The pace of change has increased exponentially compared to prehistoric times. In the last 100 years we have seen the rise of the car, the airplane, the television, the personal computer, the Internet, and Beyonce. Nearly everything that makes up your daily life has been created in a very small window of time.

A lot can happen in 100 years. From the perspective of evolution, however, 100 years is nothing. The modern human brain spent hundreds of thousands of years evolving for one type of environment (immediate returns) and in the blink of an eye the entire environment changed (delayed returns). Your brain was designed to value immediate returns.

The Evolution of Anxiety

According to a post on buymyshroomonline.ca – the mismatch between our old brain and our new environment has a significant impact on the amount of chronic stress and anxiety we experience today.

Thousands of years ago, when humans lived in an Immediate Return Environment, stress and anxiety were useful emotions because they helped us take action in the face of immediate problems.

Wild animals rarely experience chronic stress. As Duke University professor Mark Leary put it, “A deer may be startled by a loud noise and take off through the forest, but as soon as the threat is gone, the deer immediately calms down and starts grazing. And it doesn’t appear to be tied in knots the way that many people are.” When you live in an Immediate Return Environment, you only have to worry about acute stressors. Once the threat is gone, the anxiety subsides.

Today we face different problems. Will I have enough money to pay the bills next month? Will I get the promotion at work or remain stuck in my current job? Will I repair my broken relationship? Problems in a Delayed Return Environment can rarely be solved right now in the present moment.

What to Do About It

So what can you do? How can you thrive in a Delayed Return Environment that creates so much stress and anxiety?

The first thing you can do is measure something. You can’t know for certain how much money you will have in retirement, but you can remove some uncertainty from the situation by measuring how much you save each month. You can’t be sure that you’ll get a job after graduation, but you can track how often you reach out to companies about internships. You can’t predict when you find love, but you can pay attention to how many times you introduce yourself to someone new.

The act of measurement takes an unknown quantity and makes it known. When you measure something, you immediately become more certain about the situation. Measurement won’t magically solve your problems, but it will clarify the situation, pull you out of the black box of worry and uncertainty, and help you get a grip on what is actually happening.

Furthermore, one of the most important distinctions between an Immediate Return Environment and a Delayed Return Environment is rapid feedback. Animals are constantly getting feedback about the things that cause them stress. As a result, they actually know whether or not they should feel stressed. Without measurement you have no feedback.

The second thing you can do is “shift your worry” from the long-term problem to a daily routine that will solve that problem.

The key insight that makes this strategy work is making sure your daily routine both rewards you right away (immediate return) and resolves your future problems (delayed return).

Why we worry and how to cure this disease

by seye Time to read: 6 min

Life Hacks How to achieve anything! Goals, success, anything!…