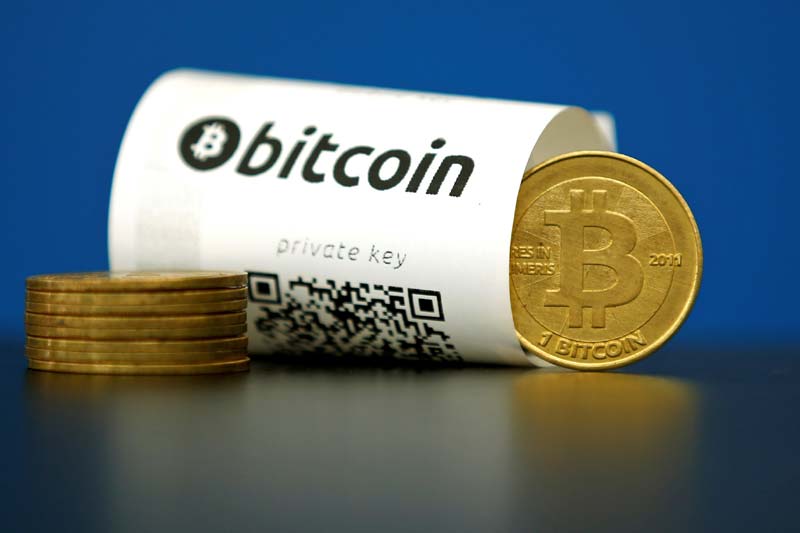 A layman’s guide to understanding, using and profiting off Bitcoins

Barely two years ago, I got curious about the Bitcoin hype. I saw a number of tweets by a trusted acquaintance @timakinbo about Bitcoins so my curiosity got me reading about it so I decided to get me some.  At that time, a Bitcoin was about N50,285 which then was about $277. I had enough money to invest in 4BTC(Bitcoins) but I didn’t trust it. So I ‘tried’ it with just N10,000. After all, if N10,000 went to waste I won’t cuss myself out.

A few days later, I had forgotten about my Bitcoins. I didn’t even remember where I ‘kept it’. Three months ago, I sold it all for N210,000.

What exactly is this Bitcoins they’ve been talking about?

Bitcoin is a cryptocurrency. Maybe you shouldn’t worry about the meaning of cryptocurrency. At least, not yet. In a ‘summaried-definition’: it’s a digital currency that’s created by badass cryptography programmers. Oh, by the way, the identity of the guy who actually started Bitcoin is unknown? Weird? Yes, weird. But that’s story for another day.

If it’s digital, it just means it is not physical and can only be managed, created, stored and used electronically.  You’re never going to see anyone running on the streets holding a wad of Bitcoins. Bitcoin is a currency, the way the Dollar is a currency. The major difference is that you can’t hold a Bitcoin note and Bitcoins are not governed by government or Central Bank policies. They are totally independent of these. That’s exactly what makes Bitcoins so powerful. No barriers to how much you can own, what you do with it, how you spend it, how fast you can send it etc.

What exactly is its value?

Like any type of money, Bitcoin itself is a representation of value. If I gave you $1000 today, you’d think of all the fancy things you can buy with it based on the value of what that can buy you. N1000 is worth so much less in value compared to the $1000. How do you even determine value? By what you can buy/spend with it. With $1000, I would buy that super cool drone I’ve been eyeing. With N1000, I would buy the cheapest Chicken Republic meal. 1 Bitcoin is the representation of value. You have 1 Bitcoin but you need someone to wash and iron your clothes. I can wash and iron clothes but I need 1 Bitcoin. So, hey let me come do it this weekend. That right there is value.

Because Bitcoin is now in high demand its value has increased. Increased so much so that 1BTC is N961,999 and $2795 as I write this.  Of course, you can buy small bits of Bitcoins.

Okay, so how can I buy Bitcoin?

To buy bitcoin, you need to have a wallet. You can substitute wallet here for banks.

There are several Bitcoin wallets. Luno and Coinbase are two of the biggest wallets I know and I use. When you get a wallet, you can manage, receive and send Bitcoins through it. In your wallet, you will be given a unique code that serves as your ‘bank account’. It’s called a Bitcoin Address. The Bitcoin addresses look like this: 1FfmbHfnpaZjKFvyi1okTjJJusN455paPH. So if this was your Bitcoin address and you sent this to me, I could credit your account by sending fund to this address. You will get credited within minutes/seconds.

With either of the two, you can fund your Bitcoin account directly from your bank or your debit card.

Is Bitcoin another MMM?

The wound that the MMM crash has inflicted on many has made them shut down to hearing anything that remotely sounds different from the regular. Understandable. But Bitcoin is a currency and not a network marketing or Ponzi scheme. It also means people would probably use it as token for Ponzi scheming.  But is that what we are here for? 🙂

So what’s Bitcoin really used for and how can I use it?

Bitcoin is a currency so you can use it to shop. You can use it to pay for services. You can send it to someone in China, Australia or some remote part of the world that your friend decided was the best place to hide away(why else would he need you to transfer fund. mschew).

As a matter one of the cool things about Bitcoins is that I can send money to anyone in the world who will receive it in a couple of seconds/minutes. No need for any Swift this or Wire that.

So possible use case? I want to send urgent money to that friend in Hong Kong who didn’t remember that Nigerian banks have a $100/day restriction on accounts but just landed in a Gucci store and was stranded after picking shoes and bags– forgetting he’s not Ray Hushpuppi.

You can receive Bitcoin as payment for services rendered. I would pay you 0.002BTC if you washed my car. With my Luno app, I will just swipe your phone against mine and you’d receive the payment. So how am I going to use it you ask?

How can I sell Bitcoins?

So, let’s assume you are Chinedu – the guy who just washed my car. You just received the 0.002BTC. You can decide to save it in your account(wallet) or …you want actual money. You really need to buy a box of pizza. Oh! That would take a few minutes to convert to actual money.

There are services called Bitcoin Exchanges. At an exchange, you can buy or sell Bitcoins. Luno has a Bitcoin exchange. The most popular exchange around here( and the one I have used several times) is called LocalBitcoins.com. Through localbitcoins.com you can see a list of sellers or buyers who want to trade in real-time. From getting a buyer to getting the bank alert, it takes me less than 20minutes. In Nigeria, there are so many good traders. I was so shocked when I first started using LocalBitcoins and saw so many traders in Nigeria with so much trade volumes.

Another Exchange I have used is Remitano.

How can I be a millionaire through trading Bitcoins?

How am I supposed to know? However, there are people I know who make a killing Bitcoin trading. There are several ways to make a living through bitcoin.

So, is Bitcoin going to crash?

The truth is no one knows. However, it’s almost certain Bitcoin is here to stay. It’s been (for lack of better word right now) been endorsed by well-respected individuals and organizations as the future of money. From Bill Gates to Richard Branson to John McAfee to Eric Schmidt to Al Gore. They all have good things to say about it.

Peter Thiel – Co-founder, Paypal, “I do think Bitcoin is the first (encrypted money) that has the potential to do something like change the world.”

Eric Schmidt – CEO, Google ,“Bitcoin is a remarkable cryptographic achievement and the ability to create something that is not duplicable in the digital world has tremendous value.“

Richard Brandson – Founder, Virgin, “Virgin Galactic is a bold entrepreneurial technology. Its driving a revolution and Bitcoin is doing the same when it comes to inventing a new currency.”

Are there online stores I can spend Bitcoins?

Let me give you a little breakdown.

Microsoft allows you pay for apps with Bitcoins.

Expedia allows you pay for hotels.

Newegg.com, Overstock and eGifter allow payments of products and services in Bitcoins. A bitcoin ATM service can also be used for payment transactions.

So, should I even buy Bitcoins?

Once again, that’s totally up to you. I would suggest buying if you have spare cash. You never know the future. I know people who bought Bitcoins when they were just a few $100. (I also know someone who was gifted 3 BTC but can’t find it).

What influences the price?

Ah! Of course! Just the same way people can hack your bank account. It’s very common for Bitcoin wallets to ask you to activate 2-way authentication. This just means whenever you want to access your account, a confirmation code will be sent to your phone. This ensures that no one can get into your account without having access to your phone.

Was this helpful? If it was you can send me some Bitcoins through this address: 16Gi9zEgriMkcjJ1m31xaugcjAYL9c6c4h

Or you can test your Bitcoin through that address 🙂

A layman’s guide to understanding, using and profiting off Bitcoins

by seye Time to read: 7 min