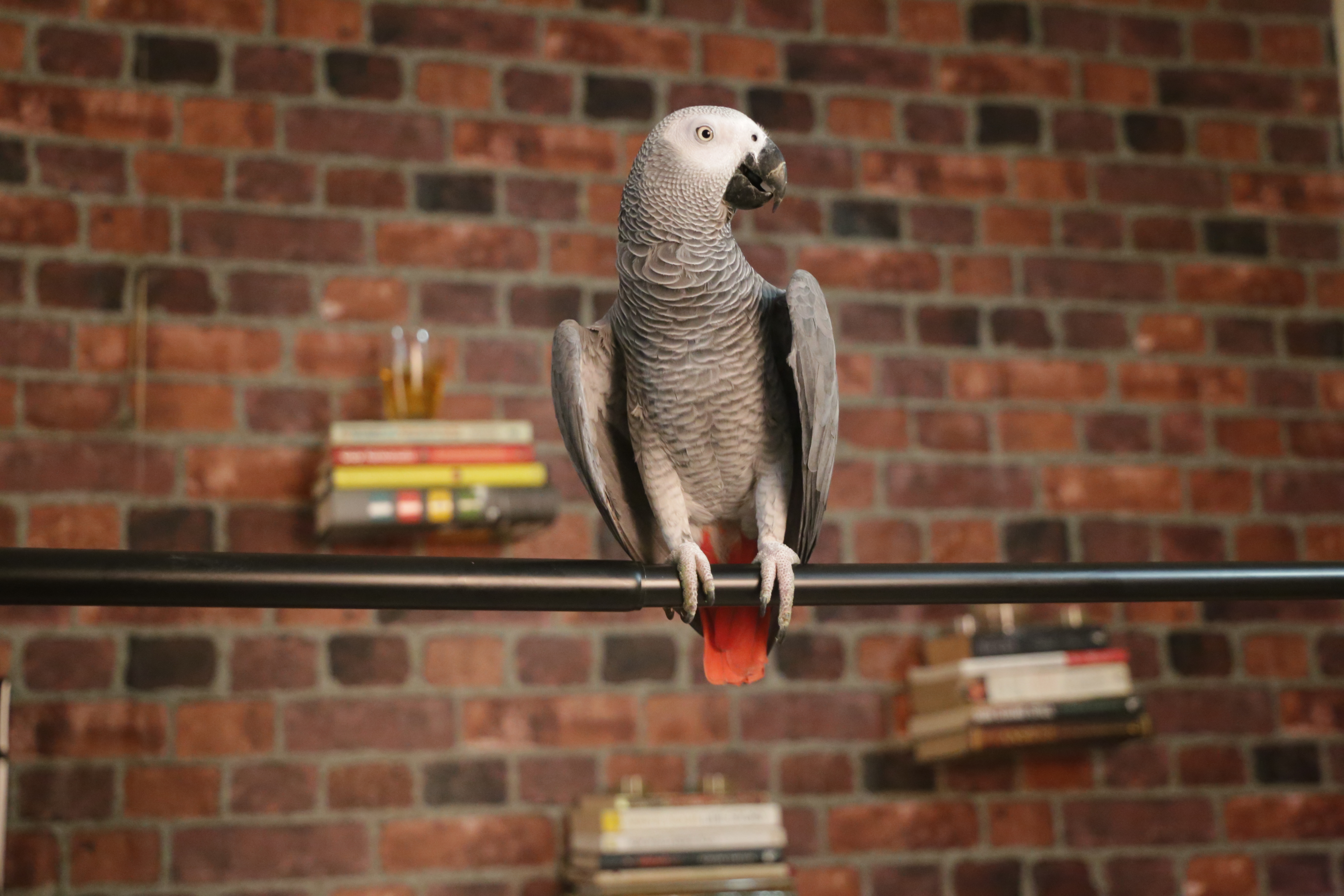 I remember the first day I brought Zizu home. I had called the Ransome-Kuti Vet so many times to confirm delivery. I had watched every African Grey video on Youtube prior to this day. When they delivered him, he came in a small aluminum cage. I closed early from work to carry this feathery thing home. Three years later, I have learned a lot from this living-room pet. Especially his social behaviors and that of African Grey’s.

Zizu is very choosy when it comes to food. Like most parrots, he’d pick nuts over a more nutritious meal. But whenever he eats his treats, you can almost see the gratitude in his eyes just before begging for another. Most times when I feed him without eating, he’s more interested in leaving his cage to play. But when he notices I am eating, he eats too. In fact, when I want to introduce him to a new diet, I put the food in his bowl and then pretend to be eating my own share.
I have started learning the power of sharing. In fact, these last few weeks, my colleagues look forward to the share of breakfast(before my vegetarian voyage) I bring along with me in the morning.

Lesson 2: Be warm and friendly

There are not many animals and pets that are more sociable than a parrot. Zizu’s out-of-cage time is mostly spent with him clinging to me. Almost everyday I hear a new twisted version of ‘Old McDonald had a farm’ or ‘Happy birthday to you’. He sings this while bobbing his head to form a laughable dance. There’s no one who has visited me that doesn’t leave with either a converted opinion about birds and a for-instagram picture of Zizu. And Zizu does know how to suck up to people. He knows how to pose for the cameras.
At the end of the day, Zizu leaves people both thankful to God for making an amazing creature and for the warm company he creates. I’d like to have that type of effect when I leave friends and family.

Lesson 3: Pay attention to those details

Zizu pays attention to the ‘minute-est’ details. He makes a sound for every event. Even the ones I can’t decipher. When I open the door of my refrigerator, he makes the most popular sounds around my fridge. The opening of a can of coke, the uncorking of a bottle of juice, the closing of my fridge. When I’m in my kitchen, it almost seems like he inches forward from his perch waiting for me to call before flying all the way to hang out.
He knows the sound of every door I open, mimicking the sound just before I touch the door.
For people I care about I notice the really small details. Sometimes they don’t even know. I believe the small details can make a big difference.

Lesson 4: He knows when to cut it out

Zizu is extremely playful and destructive when he lays his beak on anything that looks interesting. I have a number of t-shirts that have been written off because of his constant toggles on my shoulders or collars. My sofa is his official beak-ing practice zone. But when I want him to stop I pretend to be asleep. He then stands calmly beside me, preening his feathers or just watching.
With friendship, being sensitive enough to know when to cut the jokes, sympathize, escalate etc is also critical.

Birds can be noisy. If I made a dollar for every 10 minute rant Zizu makes, I’d be living in a 500million naira mansion in Banana Island. But there are times when Zizu zens out on me. He just sits camouflaged in his ‘lower perch’ and just stays still for hours on end. I believe there are times when being social but withdrawing to reevaluate your friendships and commitments is necessary.

I won’t deny that there are many annoying interactions we have from time to time(like his rage when he sees spaghetti), but I have learned a lot not only from Zizu but from nature generally.

Do you have any inspirational lessons from nature?

Life Hacks How to achieve anything! Goals, success, anything!…
3