The last few weeks have been challenging for me. I have just recently taken up a new role at work.  With this new role,  I have been bombarded with so many emails, it’s crazy!

All I knew about productivity and motivation jumped right out of the window. They even took the window with them too! I had tried different approaches to help me get back on the grind. I even had series of disagreements with colleagues who were not very good with organized-working. In fact, there’s a rumour that I have shares in Basecamp and Slack(Hey, Shola! Right there!).  But what has suffered the most are my commitments. Commitments have gone from failed promises to the total avoidance of these commitments. But that was what I was getting wrong: Avoiding those tasks and commitments that scared me the most. Those were in fact, the tasks I should have handled first!

Mark Twain said, “Eat a live frog first thing every morning, and nothing worse will happen to you the rest of the day.”

Those commitments are my frogs! What happens when you eat the frog first is that when the task gets done, it frees your mind up for other tasks. See it like motivation for the rest of the day.

You know, the problem with keeping these commitments undone is it clogs a space in your mind and makes it hard for you to concentrate on getting other things done.  Eating the frog early in the day gives you a sense of accomplishment. Isn’t it just awesome to start the day feeling successful. At this point, all other things seem easier to accomplish compared to that damn frog!

I am learning what it is to eat the frog first

by seye Time to read: 1 min 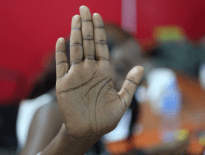 Journal If today were my last day, what would I do differe… 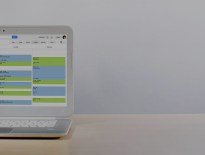