I limp when I wake up in the morning. Sometimes it’s so bad I can’t walk for about 5 minutes. Somehow, waking up at 3am to grab a cup of water or juice from the fridge is not as alluring as it used to be around the ending of last year. At that time, beating my 4.30am alarm was a thrill. I could go to the refrigerator, down that refreshment, burp in amazement for the quench of that midnight thirst and then go back to catch the remaining zzzs. It’s not like that any more. Even my years in medical college would not remind me what it is. But I found out. Plantar fasciitis. That’s what it’s called. An inflammation of the plantar fascia, a ‘ligament’ that joins the heels to the toes. It’s a temporary ailment. Not so much of a big deal. But it sure does reminder me that childhood days are over.

As a child, you could run round the streets with other hood boys, break a bone, rip some flesh from your big toe or even bump your head against the air conditioning mount hidden right around the corner, sustain an injury; two weeks later, you’re good as new. But I now know that the older you get the more delicate you become. The harder it is to repair self.

In 2015, I was in and out of the hospital many times. Most times when I come out I’m grateful I’m not like the man or woman I saw reeling in pain. Or the other person looking dejected in the corner, having seen the bill for the procedure that needed to be done immediately. Suddenly, I feel much better than I was when I walked in and then fearful about being condemned to a bed, a wheelchair or liquid-carrying wires strapped to the arm(but if you read this and I just described you, there’s just so much more to be grateful for!).

Prior to these periods I was there chasing after a career, chasing after the next big thing in tech that I could create or be a part of. I was concerned about my sources of income and furious when accounts didn’t add up. I was up and down chasing after a living instead of living for the chase. I severed and hampered a lot of relationships and one that meant more to me than others. I didn’t care. After all, if I did well, my people would be proud of me. I built that cart, put some food in it and put it in front of the horse.

Nothing was changing! I was achieving the successes I wished for. But nothing was changing! But what wasn’t changing? Me! Somehow I, like many other people, was living for the paychecks and the lush lifestyles without realizing that we should only determine the lifestyle we want, then work for it. From young age, we are told to choose a career path so we can be successful. We go to school to get our passes and degrees, score this career path that we wished for and then no satisfaction. I’ve learned to first desire the life I want to live, create it with supporting structures like those paychecks and seeming hustle.

You see, in the last few months, I have decided to live the life.

Molade told me yesterday about a guy she met in the plane on her way from the US to Nigeria. He had resigned from his job, got on the plane to Guatemala to learn spanish. He was going to learn spanish for 3 months then travel somewhere else to live for a few months. He commented on how fulfilling life was if he lived that way. Likewise, I am learning what it means to follow after the heart.

So this year, I decided I was going to ‘damn this chase’. I will write about my experiences, I will write about what I’ve learned about life. I will take more risks. I will travel to Greece in July, work in a bar for one day, explore other islands, read books on greek mythology while at it. I will make more money. I will contribute to more unpaid projects. I will walk around with my camera, take pictures of more people, more buildings and more goats. I will eat in a restaurant in Lagos for free. I will experience what it feels like to stay off meat for a whole month. I will take the next sip of a Sauvignon Blanc and savor the taste, thanking God in the process. All of these, I will talk more in details on http://highlifer.co. 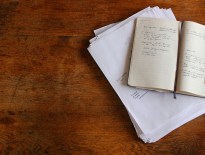 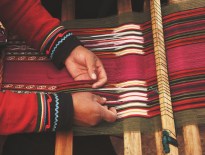