It’s hard for me to remember names of childhood friends but I would never forget the two names: Chinonso and Uriel. Chinonso was the guy who supplied anything- rubber bands, DIY radios, cards, ‘aiyefele footballs’. Uriel was the guy I gave my one year’s worth of savings + my brother’s for a small tortoise. Let me tell you how it happened.

My brother and I spent Christmas at our cousin Debola’s house. It was the best Christmas ever. What could a 15 year old want more than Uncles and Aunts lavishing one with love, a house-help that actually did all the dishes and a house without a set bedtime. At that time, my parents couldn’t afford many things. We had a house help but my parents couldn’t afford to allow such luxury as to not wash dishes.  They also could not afford not to send us to bed after 9pm(well, 10pm if we were lucky).

One other thing they couldn’t afford was a 1,000,001 in 1 video game console. It was just not something they would spend money on. Video games?? Mba! They would rather buy us books.

But Debola had this Sega Mega Drive with a catridge that had 1 million games in it. No jokes! And that was why Christmas 1996 was lit.

I convinced Todimu, my brother(who’s likely to still shoot me if he reads this), to join me in the quest to save for our own video gaming console. With a sheet of paper, pen and calculator, we tried to figure out how long it would take for us to reach the N20,000 goal.

“2 years”, we figured. So we despised lunch, cursed hunger and remited our savings into this kolo (piggy bank) made of wood.

Ah! I still remember the hunger I endured every lunch when all those ISI big boys would waltz into the classroom holding a bottle of Limca and a fried turkey thigh. Or the lies I had to cook up when a fine girl asked me to buy her lunch. “I bought lunch for Hadiza today. I would buy you lunch tomorrow, don’t worry”. I once blurted.

One day, I met this really slim boy who lived down the street– about 8 blocks from our house. We got into rather awkward conversations about toys and pets when he told me he had a tortoise for sale. My god! The only tortoise I had seen was at the University of Ibadan Zoo and in books that talked about the awesome wisdom of the slow moving creature.

That night I couldn’t sleep. I kept picturing in my head what it would mean to have an ‘exotic’ pet. I picked up the encyclopedia and read all I could about tortoises.

Early the next day I had devised a way to remove all the money from the locally made piggy bank. I waited till evening for Uriel to get back from school, handed him the N7500, which at that time was a year’s savings between my brother and I, and went home with my new obsession. The obsession I later named Raphael.

Let’s just say I broke our game console dream, I got in trouble with my mum who later found out that I stole all the money and a year later, I gave Raphael to my high school crush – a year’s savings GONE!

From time to time I wonder whatever happened to Chinonso. If I could make a very good guess, I would say he’s a shrewed business man, having made a lot of money from me back then even though he was about 14 years old. The apple doesn’t fall far away from the tree. Is that not what they say?

by seye Time to read: 5 min 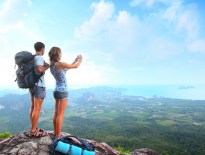 Personal Growth Why chasing your passion may be a wrong approach 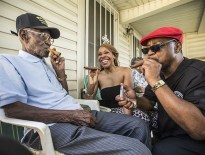